It is great to see my friend Andrew Erlichson getting some rave reviews for Phanfare Photon, his iPhone photo app.  According to ReadWriteWeb:

"Phanfare's Photon is currently the best photo sharing and photo management app on the iPhone. It is important to note that Photon puts less emphasis on social feature than other services like Radar, which we reviewed last week. Instead, it concentrates mostly on giving you easy access to all of your photos, while also providing you with the option to share them with your friends.

Phanfare's CEO Andrew Erlichson strongly believes that the iPhone and other smartphones will disrupt the traditional point-and-shoot photo camera market in the long run and will allow new players like Apple to get a foot into this market. This app is Phanfare's first step in following the market in this direction by marrying the iPhone's camera feature with a very capable cloud storage and photo sharing service."

I first started using Phanfare in late 2004 and have been a fan since.  Andrew and I go way back as I invested in his first startup, Flashbase, which we subsequently sold to Doubleclick a year later.  As I wrote back in 2004, Andrew believed in the idea of client software which was network enabled and sought to create an iTunes like environment for photos with smart caching and local manipulation of media with smart synching so albums and photos could be viewed from anywhere.  As the online photo sharing market has become more competitive, I have watched Phanfare evolve from a pay only service for sharing photos with small groups to a more wide open version with more community and collaboration.  And now Phanfare has staked its claim in the mobile market with its iPhone app (get it here).  Once again, what I love about the iPhone app is its rich client interface which also has smart caching so my albums and videos can pull up almost instantaneously with limited wait time.  So Andrew's vision of rich network connected clients have moved from the desktop to the next battleground, the mobile handset. As you know, seasoned entrepreneurs know how to be flexible and make course corrections in their business model and distribution strategy as the market evolves. Andrew has clearly done that over the years and it will be interesting to see how his bet on the smartphone market and the iPhone in particular pays off. 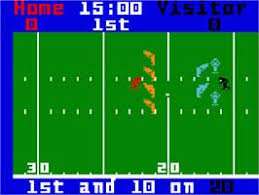