When Willie Sutton, the prolific bank robber, was asked why he robbed banks, he answered, “because that’s where the money is.” When asked by investors in early 2010, why we were starting a seed fund focused on enterprise and leveraging NYC, I answered with Willie’s quip but also said, “because that’s where the customer-driven talent is.” One of the key criteria for successful enterprise investing besides team, product, and huge markets is ensuring that you invest in a “must-have” and not a “nice-to-have” solution. When companies are born out of real pain, more often than not this criteria is wholly satisfied!

I bring a unique perspective to this conversation having been a VC based out of NYC for the last 19 years (wow — am I dating myself!). While I have had my fair share of failures, I have also been a first round investor in many enterprise successes both in and outside of NYC, including leading or seeding the first round in LivePerson ( NYC, current market cap of $650mm), Greenplum (sold to EMC, now Pivotal), GoToMeeting (sold to Citrix, now Citrix Online doing over $600mm+ revenue), Divide (NYC, sold to Google), blaze.io (sold to Akamai), GoInstant (sold to Salesforce.com) and a few others.

Necessity is the mother of invention

As I think about common characteristics of great enterprise startups that I have had the pleasure to work with in NYC, I think about entrepreneurs building companies based on great pain, a deep understanding of the customer problem because they are customers themselves, and from that, using their computer science backgrounds to engineer a better and more scalable solution. Many of these great founders are simply hidden in larger companies, developing software for non-tech firms and functioning where tech is more of a support role versus front and center in terms of driving revenue growth. This is much different from entrepreneurs leaving established software vendors wanting to create a bigger, better, and cheaper mousetrap with a “great technology in search of a problem to solve.” While starting with a customer pain is great, the big question for many of these startups is whether or not this pain is a one-off or a market problem that is massive enough to attack. 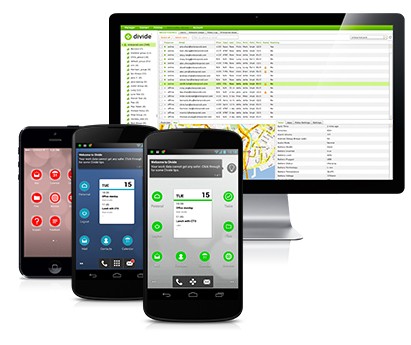 When we first met Andrew Toy and Alex Trewby in mid-2010 they were VPs Wireless at Morgan Stanley and experiencing a huge pain point — employees were bringing in their iphones and android devices for personal use while still using their blackberrys for corporate purposes. Like any great entrepreneur, they asked the question, how do I solve this problem with software and allow companies to have the peace of mind and security policies needed for them while also allowing employees to use their existing devices. The challenge was to create a separate sandbox that could be easily used and understood. Rather than forking off android, Andrew and Alex built an App, something consumers could easily understand and yet make it easy for huge enterprises to deploy. The big bet in 2010 was that we would move to a BYOD world and that Android would become a dominant mobile platform (at that time, it was a big bet!) Hence Divide was born and 4 years later sold to Google and now branded as Android for Work with a stated goal of being on a billion devices. Pretty cool for two ex-technology execs at a financial services firm! 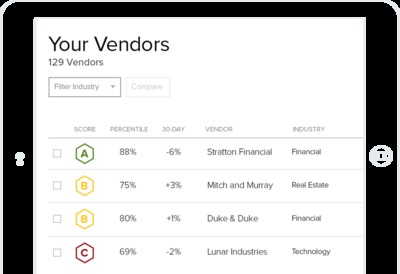 We first met Alex Yampolskiy and Sam Kassoumeh in-mid 2013. They were both formerly Chief Security Officers at Gilt Groupe and were experiencing major pain in their day to day jobs. They were in charge of auditing the security of every vendor that touched the Gilt platform and all of it was done manually through intensive Q&A and when in doubt, via an expensive security audit from a consulting firm. As Alex and Sam spent many cycles on this method, they asked themselves if they could continuously scan the security of their partners in a non-intrusive way. It was already clear that software was moving to the cloud but less certain was the belief that a company is only as secure as its least secure partner and continuous monitoring would be imperative. From this, security scorecard was born. SecurityScorecard provides precise global threat intelligence and risk awareness continuously and non-intrusively so businesses and their partners can collaboratively predict and remediate data security issues. Fast forward 15 months from the initial seed round, and they have landed several large customers and closed a $12.5mm Series A with Sequoia Capital, founding investors in some phenomenal, multi-billion dollar security companies — netscreen, palo alto networks, and fireeye.

I could go on and on about many other great enterprise companies in NYC, but you get the point — find a massive pain that you are experiencing and living with first hand and create a software solution around this. It is this unique understanding of the customer that we will see time and time again as new enterprise-related startups in NYC are launched. It is also this deep domain expertise and understanding of the customer that will allow many enterprise startups in NYC to flourish, especially as we live in a cloud-based world where switching costs are not as high as they once were.

The idea of NYC enterprise startups succeeding should no longer be a laughing matter. We have great entrepreneurs, companies, talent, and investors ready to capitalize on Willie Sutton’s vision — NYC is where the money is (see Jonathan Lehr’s great overview on NYC Enterprise Tech). We at boldstart ventures feel quite fortunate to be invested in a number of enterprise related startups in NYC like security scorecard, divide, truly wireless, handshake, yhat, and bowery.io and are excited about the future of enterprise tech in NYC. We have seen more success stories in the last 3 to 4 years versus the 10 years before that, and we expect this rapid innovation to continue. While many of these companies are engineers coming from large Fortune 1000 type companies here in NYC, we are also increasingly seeing founders leaving the more established tech companies like Google, OnDeck Capital, and Gilt to pursue their dreams.

As I write this I am wondering who the next entrepreneur will be that is hidden in the bowels of a more established company, feeling massive pain everyday, and ready to launch the next unicorn like MongoDb. Is that you?

Emerging managers, I encourage you to find LPs and partners like @ericjwoo - they do exist 😀 t.co/EH3lHCrk0Z

@semil a well executed one for sure! I remember our discussions from a couple years ago on firm building, and as we… t.co/x6Xc2OQwYj